This historical drama is based on the events surrounding the release of the Pentagon Papers, documents which detailed the history of the United States' political and military involvement in Vietnam. The story centers on Kay Graham, the first female newspaper publisher in the country (specifically of the Washington Post), as well as her tough editor, Ben Bradlee. The two become involved in an unprecedented power struggle between journalists and the government, exposing a cover-up that has spanned four different American presidencies.

The story of World War One front line medics - their hopes, fears, triumphs and tragedies.

All Quiet on the Western Front

The Winds of War

The Great War, March 1918. C-company arrives to take its turn in the front-line trenches of northern France, led by the war-weary Captain Stanhope. With a German offensive imminently approaching, the company anxiously awaits their unknown fate.

Based on the play by R.C. Sherriff

"Krotoa, a feisty, bright, young 11 year old girl is removed from her close-knit Khoi tribe to serve Jan van Riebeeck, her uncle's trading partner. She is brought into the first Fort established by the Dutch East India Company in 1652. There she grows into a visionary young woman who assimilates the Dutch language and culture so well that she rises to become an influential interpreter for van Riebeeck who became the first Governor of the Cape Colony. As such Krotoa ends up being rejected by her own Khoi people and destroyed by the Dutch when she tries to find the middle way between the two cultures."

The inspiring real-life romance of Seretse Khama, King of Bechuanaland (later Botswana), and Ruth Williams, the London office worker he married in 1948 in the face of fierce opposition from their families and the British and South African governments.

True-life story of brilliant pianist and composer Wladyslaw Szpilman, the most acclaimed young musician of his time until his promising career was interrupted by the onset of World War II. 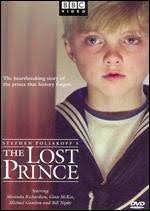 Written and directed by Stephen Poliakoff

The Boy in the Striped Pyjamas

Written for screen and directed by Mark Herman

The Battle of Britain

The Last King of Scotland

The Grapes of Wrath

In Thirties Berlin, Max and Rudy are lovers. But the Nazis have decided that homosexuals should be persecuted as well as Jews and, when a group of soldiers burst in on Greta's Club, Rudy and Max are lucky to escape. They are eventually caught and are due to be transported to Dachau concentration camp

Rachel, a young Jewish girl, hides from the Nazis during World War II in The Netherlands. She sees her hiding place blown up and escapes with her rescuer, a young sailor, but their boat sails into a trap set by the Germans.

"The Gallipoli campaign of World War I was so controversial and devastating, it changed the face of battle for ever"

As a young man, Jean Valjean is convicted of stealing. After escaping prison, he rises, against all odds to become mayor, but he cannot escape his past or Javert, the fanatical police inspector who is determined to recapture him.

A German soldier tries to determine if the Dutch resistance has planted a spy to infiltrate the home of Kaiser Wilhelm in Holland during the onset of World War II, but falls for a young Jewish Dutch woman during his investigation.

The Man with the Iron Heart

1942: The Third Reich is at its peak. The Czech resistance in London decides to plan the most ambitious military operation of WWII: Anthropoid. Two young recruits in their late twenties, Jozef Gabcik and Jan Kubis, are sent to Prague to assassinate the most ruthless Nazi leader - Reich-protector Reinhard Heydrich, Head of the SS, the Gestapo, and the architect of the Final Solution

Based on the book by Chris Kyle 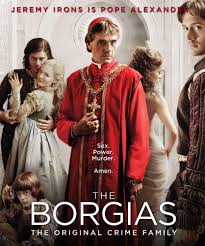 Flags of our Fathers

"Ben du Toit is a schoolteacher who always has considered himself a man of caring and justice... When his gardener's son is brutally beaten up by the police at a demonstration by black school children, he gradually begins to realize his own society is built on a pillar of injustice and exploitation."

"Shot over a number of years, this ... film pays tribute to an unsung heroine of the armed struggle against apartheid. This is the story of Nokuthula Simelane, a 23 year old student who was unofficially held captive and then disappeared in 1983. Her fate remains locked in diffusing memories and suspicions, admissions and denials, woven through with the thread of betrayal.