Kontakthof : with ladies and gentlemen over 65

In preparation for a Broadway musical, a group of aspiring stage performers is put through their paces by a veteran stage director using some singular techniques.

In the Spirit of Diaghilev

Produced and directed by Lucille Rhodes and Margaret Murphy 1991

Material for the spine : a movement study 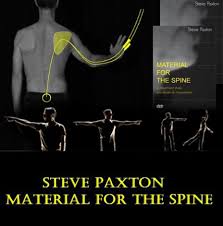 Written and directed by Andrea Gibbs 2010

Produced and directed by Harvey Hart

Produced and directed by Thomas Grimm 2010

Breath and the actor

A collection of dance films 2003

Director Tony Palmer's in-depth profile of the South African playwright, novelist, actor, and director Athol Fugard. In celebration of his 80th birthday, the film looks back at the life and work of the man whose political plays exposed the reality of life during the apartheid era to a worldwide audience

An introductory guide to theatrical blocking for novice directors, as taught by drama professor Michael Joyce

Explores the process of creating an original piece of drama, examining the methodologies used by such international theater companies as Goat Island, Forced Entertainment, and Sankai Juku.

This disc contains a full performance of Overdrive and a detailed breakdown of the choreography by Richard Alston with demonstrations by dancers in the studio.

A film by Frederick Wiseman

Speaking for myself : a rare view of New York's creative heart seen through the eyes and passion of eight contemporary artists

Fashion for the theatre 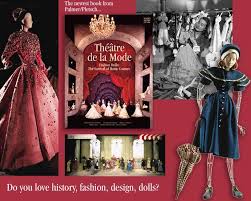 Produced and directed by Thomas Grimm

Lord of the Dance

From a classical position : Just dancing around? / William Forsythe

"Baby explodes the metaphor of "time passing" into a dynamic, contemporary work of art. Using choreography to process information, O'Connor reveals his inimitable and penetrating aesthetic."

R. Scott Lank, Acting Professor at the University of Evansville, guides a group of acting students through the process of realistic character development. Discusses aspects such as script analysis, physical work, vocal work, emotional work, and combining these elements.

Dancer in the dark

The story concerns Selma (Bjork), a Czech immigrant living in 1964 Washington State with her 12-year-old son, Gene (Vladan Kostic). On the verge of blindness, Selma spends her days working in a factory, as well as performing other odd jobs, in order to save up enough money to pay for an operation that will cure Gene of the same disease

Fiddler on the Roof

Based on the stage play by Joseph Stein

The life and career of Anna Sokolow, traced through photos and film clips. Includes footage of studio work with a dancer for Sokolow's work, Rooms, and interviews with Sokolow.

The Rodgers and Hammerstein Collection

Stanislavsky and the Russian Theatre 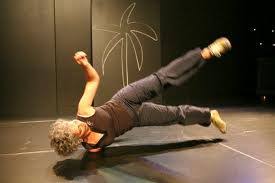 The 7 faces of Robert Lepage

Adler vs. Strasberg : the great controversy in American acting

The essence in theater : a documentary in six parts

Directed and edited by David Hodge

A Richard Coldman production for SJDC 2005

Songs of the Wanderers

The Cost of Living

Conceived and directed by Lloyd Newson

Produced and directed by Douglas Rosenberg 1996

In preparation for a Broadway musical, a group of aspiring stage performers is put through their paces by a veteran stage director using some singular techniques

I drink the air before me

"Chronicles the 1968 creation and 2004 revival of Anna Sokolow's Steps of Silence. It includes narration by Linda Smith, film footage of a 1970 lecture-demonstration by Sokolow, rehearsal photographs from 1968, motion-capture data of specific phrases of the dance, and interviews with original cast members."

The diaries of Vaslav Nijinsky