A documentary film profiling a married couple as they attempt to go an entire year without impacting the environment.

An inconvenient sequel : truth to power

The blue planet : A natural history of the oceans 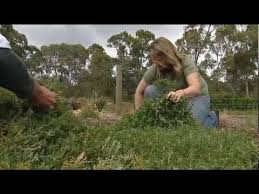 Food and trees for Africa 2005

In Association with Woolworths Trust 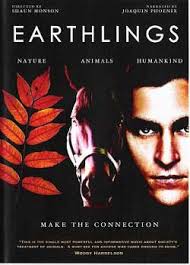 The forest through the trees : battle for the redwoods

Explores the indelible footprint that humans have left on this planet, and the catastrophic effects of environmental neglect and abuse, and calls for restorative action through a reshaping of human activity

Desertification : life on the frontier

Beyond our Borders South Africa

South Africa has a conflicted past, a beautiful landscape, and Africa's strongest economic engine.

Investigates the problem of the Midway Atoll, otherwise known as the Great Pacific Garbage Patch, a small land mass in the Pacific Ocean that collects the plastic refuse from three continents. Presents arguments against single-use plastic containers, which do not biodegrade.

No room to move

Explores the effect of urban sprawl on sensitive wildlife in Florida. Examines how Florida could accommodate the needs of its wildlife and its growing human population through a development model known as The New Urbanism

Plagues and Pleasures on the Salton Sea

A film by Chris Metzler and Jeff Springer [2006]

The science of climate change

Written and directed by Shannon Walsh 2009

Sowing for need or sowing for greed? : the promises of the Green Revolution

A film by Judith Bourque and Peter Gunnarsson

A world wide odyssey to capture the images which transcend language to tell the story of the earth's evolution and of human diversity, interconnectedness between humans and nature, and man's impact on the surrounding world. Shot in 24 countries on six continents

Attempts to establish the facts about the global changes that many claim are already in motion with 50% of the planet's land surface substantially transformed by humankind. Scientists from various disciplines from around the world contribute

Chronicles the forgotten element of most nature documentaries of Africa...the villagers who live there and must deal with the dangers and costs associated with living with the wildlife

Before the Flood presents a riveting account of the dramatic changes ocurring around the world due tp climate change, as well as the actions we as individuals and as a society can take to prevent catastrophic disruption of life on our planet. 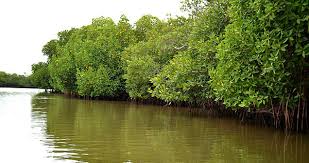 State of the Planet : The Complete Series

A BBC TV production in association with Time Life Film 2003

The Impact of tourism 3, Mass tourism in Majorca

Distributed in the U.S. by New Video

Two communities on different sides of the world, linked by a new emissions market find similarities and differences in their struggles

Examines the latest warnings from scientists that large-scale changes in the earth's climatic systems are taking place, with potentially serious consequences. Shows what is already happening to the Alaskan glaciers