David Shayne is an idealistic young writer who'll do anything to get his first Broadway play off the ground -- even if it means teaming up with the mob!

Vietnam veterans speak about atrocities committed upon Vietnamese soldiers and civilians during their time in the U.S. armed forces in Vietnam.

Effectively portrays the relationship between Jamaican poverty and the practices of international lending agencies while driving home the devastating consequences of globalization.

The story of Hildegard von Bingen, a 12th century Benedictine nun, who was one of the first women to preach and interpret Biblical scripture.

Enemies of the People 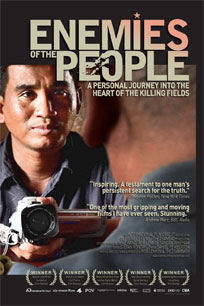 The men and women who perpetrated the Cambodian killing fields massacres -- from the foot soldiers who slit throats to the party's ideological leader, Nuon Chea, aka Brother Number Two -- break a 30-year silence to give testimony never before heard or seen. Unprecedented access from top to bottom of the Khmer Rouge has been achieved through a decade of work by one of Cambodia's top investigative journalists, Thet Sambath.

A SEPARATION is a suspenseful and intelligent drama detailing the fractures and tensions at the heart of Iranian society. The compelling narrative is driven by a taut and finely written script rooted in the particular of Iranian society but which transcends its setting to create a stunning morality play with universal resonance.

"The New Founders of America invite you to celebrate your annual right to Purge ... the country's yearly 12 hours of anarchy, when all crime is legal"

A documentary following the lives of the indigenous people living in the heart of the Siberian Taiga.

Duch : master of the forges of Hell

The World Before Her

The World Before her

Written and directed by Nisha Pahuja

Written and directed by Astra Taylor 2010

The Way to Happiness: DVD +Booklet : a Common Sense Guide to Better Living

A Fandango and Sixteen films production 2006

The life and death of Colonel Blimp

Written, produced and directed by Michael Powell and Emeric Pressburger 2002

Discovering that he is in the terminal stages of cancer, a clerk spends his last months in search of the meaning to life. After his pursuit of pleasure has failed, he finds self-realization in bringing about the building of a children's playground in the slums and dies quietly fulfilled

Errol Morris' documentary exposed the truth of the case and is credited with overturning Adams' conviction.

Y tu mamá también = And Your Mother Too

Julio (Gael García Bernal) and Tenoch (Diego Luna) embark on a thrilling journey filled with sexual exploration and the investigation of their inner selves.

Georges, who hosts a TV literary review, receives packages containing videos of himself with his family -- shot secretly from the street -- and alarming drawings whose meaning is obscure. He has no idea who may be sending them.........

The Look of Silence 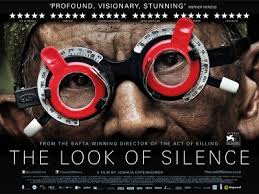 An American doctor, a British nurse and an illiterate Indian farmer join together to transform a Calcutta ghetto when it is threatened by the brutal local "godfather."

My Name is Joe

Another hard-hitting drama from Ken Loach. Recovering alcoholic Joe Kavanagh (Peter Mullan) is out of work, but spends his time coaching the local football team. When he goes to pick up team member Liam (David McKay), he meets social worker Sarah Downie (Louise Goodall). Although they clash at first, the pair are soon involved in a relationship.

The Gleaners and I

This documentary focuses on gleaners, those who gather the spoils left after a harvest, as well as those who mine the trash. Some completely exist on the leavings; others turn them into art, exercise their ethics, or simply have fun.

In 1959, Truman Capote was a critically acclaimed novelist when he read a short newspaper item about a multiple murder in a small Kansas town. Fascinated by the story, Capote and his partner, Harper Lee, travel to the town to do research for an article.

An examination of Klaus Barbie, the infamous Nazi 'Butcher of Lyon' and Gestapo chief implicated in 4000 deaths and the deportation of 7000 Jews, during the Nazi occupation of France.

The classic tale of Pocahontas

Produced & Directed by Tony Gerber and

Jean-Paul Sartre : The road to Freedom

Films for the Humanities and Sciences 2004

A film by David Barison and Daniel Ross 2005

Race : the power of an illusion

Written and directed by Satyajit Ray 2003

The passion of Joan of Arc

Abbas Kiarostami presents the modern sociopolitical landscape of Iran, through the eyes of one woman as she drives through the streets of Tehran over a period of several days. Her journey is comprised of ten conversations with various female passengers--including her sister, a hitchhiking prostitute and a jilted bride--as well as her young son 2002

A music-filled, off-beat contemporary comedy that takes an unforgettable look at black college life during one outrageous homecoming weekend

John Dewey : his life and work

Overview of the life and work of the philosopher John Dewey, with emphasis on his analysis of human learning and writings on democracy

Filmmaker Werner Herzog explores a triple homicide case in Conroe, Texas and "probes the human psyche to explore why people kill--and why a state kills".

The act of killing

"When the government of Indonesia was overthrown by the military in 1965, more than one million people were killed in less than a year. Anwar and his friends were promoted from ticket scalpers to death squad leaders, and Anwar killed hundreds of people with his own hands".

From acclaimed director Pawel Pawlikowski comes "Ida", a poignant and powerfully told drama about 18-year-old Anna, a sheltered orphan raised in a convent, who is preparing to become a nun when she discovers that her real name is Ida and her Jewish parents were murdered during the Nazi occupation.

Gambling, Gods and LSD is part travelogue and part photographic essay. The film takes us on a "journey of discovery" to different parts of the globe observing the different ways in which people seek transcendence.

Sol Nazerman is a survivor of a WWII Nazi death camp where his wife, parents and children were murdered. His soul robbed of hope, he takes refuge in misery and a bitter condemnation of humanity while managing a Harlem pawnshop. 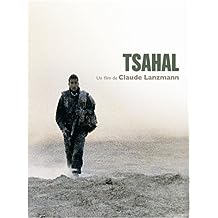 A film by Claude Lanzmann 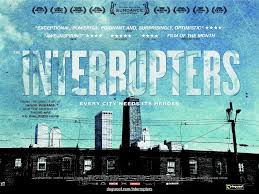 Written and directed by Lance Bauscher 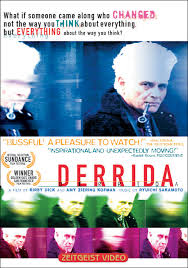 Produced and directed by Timothy Armstrong 2003

The Tree of Life

Written and directed by Terence Mallick 2011

An aged professor - introverted and emotionally cold - makes a journey to collect a university award and en route relives his past through recollection, dreams and imagination. Borg emerges purged, if not wholly changed from this confrontation with self 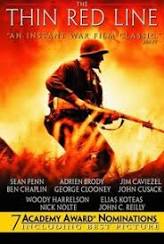 Based on the novel by James Jones