Commanding Heights : the battle for the world economy

World in the balance

Written and directed by J.C. Chandor

The billionaire inside : Donald Trump

"CNBC's Erin Burnett goes one on one with Donald Trump to unlock the secrets that made him rich. Learn how to achieve the Trump traits you need to build and sustain wealth"

Documentary film that exposes the poverty and misery of the people living on the shores on Lake Victoria in Tanzania who are dependent upon fishing the Nile perch from the lake for their meager earnings. The fish are exported by air to Europe to be sold cheaply and the planes that arrive to transport the fish at first seem to arrive empty, but turn out to carry weapons to Africa and fish away

Kicking away the ladder : corporate economics vs. democracy : a talk by Noam Chomsky

Untold wealth : the rise of the super rich

The Century of the self

Written and produced by Adam Curtis 2006

Produced by Jon Else and Bonnie Cohen 2000

Directed and photographed by Jon Else

A documentary following the path of diamonds, both geographically and historically. Details the widespread and complex interrelationship of trade and effort involving the diamond industry, from impovershed day-laborers in Sierra Leone, to craftsmen in India, to dealers, jewelers and gemologists in New York City, all attended by the marketing and sales strategies that have made the diamond trade what it is today 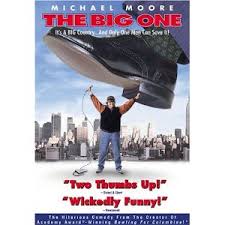 Written and directed by Michael Moore 2003

Produced and directed by Marc Francis and Nick Francis 2006

The rise of disaster capitalism

This land is our land

A presentation of the Media Education Foundation 2010

In co-operation with "On the Commons"

Sowing for need or sowing for greed? : the promises of the Green Revolution

A film by Judith Bourque and Peter Gunnarsson 1989

Too big to fail

The 8th Habit : from effectiveness to greatness

Presents a comprehensive program for achieving personal and organizational excellence by developing an awareness of how perceptions and assumptions hinder success. Provides guidance in how to find one's "unique personal significance," inspire others, and create a workplace where people feel engaged