I am not a witch

Noma is a young black woman that represents a huge portion of the post-apartheid South African youth: surviving with a precarious job, living in a township in Cape Town, renting a shack that she shares with four other people: her two sons, her cousin and her younger brother

A film by Alejandro Gonzalez Inarritu 2011 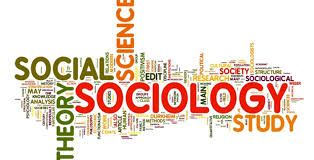 In my country : an international perspective on gender

Ladakh, a desert land high in the western Himalayas, has managed to survive and prosper due to its traditions of frugality and cooperation, but now its culture and ecology are threatened by development

The charcoal people of Brazil

This deeply human documentary examines the subject of environmental destruction through the plight of impoverished migrants in Brazil who produce charcoal for use in the production of pig iron by chopping down the Amazon rainforest. The film examines their daily lives and work as they burn timber in huts, children and elders alike, struggling to feed their families

Four wives -- one man : a documentary

A portrait of a polygamist family in a rural Iranian village, exploring the intricacies of the relationships between the four wives, their husband, and their free-spoken mother-in-law and their numerous children

Gonzo : the life and work of Dr. Hunter S. Thompson

Traces Dr. Thompson's life from his travels with the Hell's Angels, through his various Wild Turkey & drug ingested episodes in politics and righting the wrongs of society

Paul Willis on Learning to labour

Paul Willis analyzes his book Learning to labour with Steve Taylor, discussing its origins, methodology and content and reflects on its significance at the time, and its relevance today

How might your life be better with less? Minimalism examines the many flavors of minimalism by taking the audience inside the lives of minimalists from all walks of life--families, entrepreneurs, architects, artists, journalists, scientists, and even a former Wall Street broker--all of whom are striving to live a meaningful life with less.

The day I will never forget

The origins of cultural studies : a lecture / Stuart Hall

Produced and edited by Sut Jhally 2006

The codes of gender : identity + performance in pop culture

Produced by the Media Education Foundation 2009

Written and directed by Sut Jhally

Panic is a petty crook who lives in Soweto. He is not interested in politics but one day he is arrested and imprisoned with anti-apartheid activists. He is transformed into a man willing to become involved in social change

Arna Mer Khamis spent her life campaigning for human rights. In the Jenin refugee camp, Arna opened a theatre where she taught children to express themselves through art. When Arna died of cancer in 1995, the theater ultimately did not survive. Five years later her son, Juliano, returns to discover what happened to "Arna's children."

In 1991 the Children of Africa Foundation was formed to support the plight of children in Africa. In November 1991 a concert was held in Lagos, Nigeria to raise money for the organization

The daily lives and routine of 37 families living in a huge 12-story building in Copacabana, Rio de Janeiro

Errol Morris brings his unrivalled talents to the small screen for a stylized series of intimate interviews with a unique and fascinating array of people. Includes all 17 episodes from the original series

No safe place : violence against women

Explores the origins of violence against women, includes the moving stories of women who have been assaulted, and interviews men who commit these crimes and experts who look at causes and solutions

A research study with men who are negotiating changes towards gender equity in their intimate relations with women and children. This documentary captures the significant emotional struggles involved when a man begins to make seemingly small changes in the way he relates to his intimate partner and children, yet which have a deeper impact on household relations. 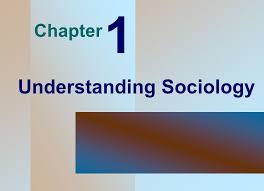 A film by Ross Kauffman and Zana Briski 2004

The end of poverty?

Written and directed by Philippe Diaz

Produced and directed by Miguel Picker and Chyng Sun 2008

All about Lily Chou-Chou

An eighth grade student is bullied by his classmate, but finds consolation in the online chat room that discusses Lily Chou-Chou, a chanteuse he worships. But, little by litte, his real life becomes unbearable when he is ensnared in a nighmare of teenage prostitution, petty theft, and murder

The Friedman's seem to be a typical family from affluent Great Neck, Long Island. One Thanksgiving, as the family gathers for a quiet holiday dinner, a police battering ram splinters the front door and officers rush inside. The police charge Arnold and his son Jesse with hundreds of shocking crimes

In the heart of Ho Chi Minh City, a young cyclo (pedicab driver) transports anonymous passengers through the teeming streets, trying to eke out a meager living for his two sisters and elderly grandfather

"Helps viewers hold a mirror to their own culture" (container). Includes footage of Mexico's Day of the Dead celebration, a Balinese funeral, street life in New Delhi, and compares these to cultural norms in modern American society

The Ganges runs through the heart of India. For millions of Hindus it is India's sacred river, but they share its banks with a rich variety of wildlife. This reveals how the Ganges has shaped the wildlife, culture and beliefs in India

A film invoking the importance and value of park space, specifically its social and emotional benefits. Attempts to demonstrate how one park- symbolic of parks everywhere- offers potential and opportunities to the community, from the casual visitor to the grounds staff