Noma is a young black woman that represents a huge portion of the post-apartheid South African youth: surviving with a precarious job, living in a township in Cape Town, renting a shack that she shares with four other people: her two sons, her cousin and her younger brother.

All the President's men

Dynasties : people and passions that changed the world

In a soldier's footsteps

A documentary film by Mette Zeruneith 2005

The axe and the tree : Zimbabwe's legacy of political violence

The Nazis : a warning from history

Written and produced by Laurence Rees 2005

The war on democracy

Taxi to the dark side

Produced in association with Discovery Channel 2008

Written and directed by Alex Gibney

When the mountains tremble

Power and terror : Noam Chomsky in our times

The power of nightmares : the rise of the politics of fear

The axe and the tree : Zimbabwe's legacy of political violence

Nelson Mandela : from freedom to history

Three documentaries tracing the life and times of Nelson Mandela 2010

Dramatizes the harrowing events of 1957, a key year in Algeria's struggle for independence from France. Recreates the tumultuous Algerian uprising against the occupying French in the 1950s

A film by Sam Bozzo

Nelson Mandela : the struggle is my life

Written and directed by Lionel Ngakane

A film by Michael Skolnik 2008

Martin Luther King : "I have a Dream"

The wind that shakes the barley 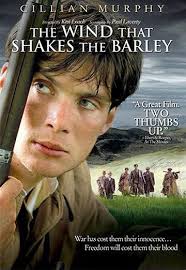 Howard Zinn : you can't be neutral on a moving train : a documentary

A documentary by Deb Ellis and Denis Mueller

The end of poverty?

Written and directed by Philippe Diaz

A romantic drama set in 1947 in Lahore before India and Pakistan became independent, where Hindu, Sikh, Parsee, and Muslim share a peaceful co-existence 1999

Adaptation of play by Harold Pinter

The heart of whiteness

Written and directed by Rehad Desai 2005

Produced and directed by Beata Lipman 1985

The awful truth : [the entire series]

Written and directed by Michael Moore 2003

The myth of The clash of civilizations : Professor Edward Said in lecture

Produced and directed by Sut Jhally 2002

A film by Robin Shuffield 2006

We own the world / a talk by Noam Chomsky

Filmed and directed by Mike Dibb

The people speak : Voices of a People's History

Pray the devil back to hell

The Last King of Scotland

The story of 14 year-old Basilio Vargas and his 12 year-old brother Bernardino who work in the ancient Bolivian silver mines of Cerro Rico (Potosí). Cerro Rico miners believe that Satan, as represented by hundreds of statues constructed in the mines, determines whether they live or die there

The assassination of JFK and the resignation of Richard Nixon

An episode from the BBC series which covers the events that shaped our world. No one could have dreamed of the shocks America would suffer in the 20th century -- the assassination of the youngest ever president and the disgrace and expulsion of Richard Nixon

"In 1938, Swedish researcher and Nobel Laureate Gunnar Myrdal plunges into America's Jim Crow South. His resulting study, An American dilemma (1944), poses a profoundly unsettling question: How can a people devoted to the American creed of equality, justice and opportunity for all continue to erect obstacles to those ends based on race? Through Myrdal's story and contemporary racial dynamics, the film explores how denial, cognitive dissonance, and implicit bias persist and shape all of our lives"