The art of Ama Ata Aidoo

Representation and the Media

Written and presented by Alan Yentob

Private life of a masterpiece 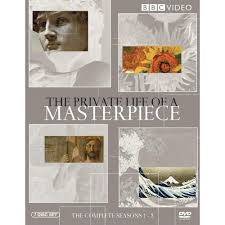 In association with RM Arts

Vincent : the life and death of Vincent Van Gogh

Written and directed by Paul Cox 2005

In the footsteps of Van Gogh

A film by Dominik Rimbault 2007

A film by Julian Schnabel 2003

Written and directed by Julian Schnabel

Produced and directed by Chris Hunt 2007

Presented by the China Institute 2007

This film takes viewers to the artist's New York studio, the Guggenheim Museum, and Petaluma, California, for the construction of Giant Houseball. Art dealers, art critics, and contemporaries Jim Dine and Roy Lichtenstein discuss the man and his art

Films for Humanities and Sciences 2001

Produced by Illuminations with Tate Britain 2004

The artist and the model : an age-old couple 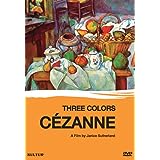 A co-production of RM Arts

Stelarc : the body is obsolete

Produced and directed by Kim Evans 2004

Edited and presented by Melvyn Bragg

Christo and Jeanne-Claude's The gates

A film by Antonio Ferrera, Albert and David Maysles and Matthew Prinzing 2010

The luggage is still labeled : blackness in South African art

Hockney at the Tate

Produced and directed by Alan Benson 2002

Bill Viola : the eye of the heart

"A pioneer of video art in the 1970s, Bill Viola has spent three decades creating evocative motion-picture and sound installations. This program gets inside his creative process, recording his reflections on his life and work."

Christo and Jeanne-Claude's The gates

Starting with an original attempt in 1979, this film documents the ambitions, planning, and ultimate achievement of Christo's project to install a series of cloth-hung gates in Central Park

Otto Dix : the painter is the eyes of the world 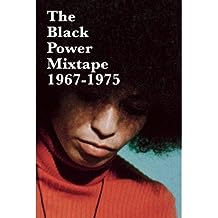 How Art made the world

Realism : the artistic form of the truth

Written and narrated by Michael Wilson 2007

Produced and directed by Kim Evans 2007

A film by Eila Herschon and Roberto Guerra

Written and presented by Simon Schama

Written and directed by Mick Davis

The power of art : women's voices in Africa

The American painter Jackson Pollock was a leading figure of the Abstract Expressionist movement. A vigorous innovator, famous for his "drip-and-splash" action paintings, he also became legendary for his drinking bouts and premature death in a car crash. This video film presents a full biographical critique of his achievement