An inconvenient sequel : truth to power

Former Vice President Al Gore presents evidence that the negative effects of global warming have increased since the release of the film "An inconvenient truth" a decade earlier.

Have you ever eaten sushi? If so, the phenomenal growth in demand for sushi has come at a cost: overfishing has led to depleting fish stocks, which in turn has threatened the balance of the ocean's ecosystems. Is the current sushi trade sustainable? What can be done to ensure that the prized Blue Fin Tuna exists for future generations to come?

Written and directed by Robert Rosell 2005

Produced and directed by Timothy Armstrong

The 8th habit : from effectiveness to greatness

Presents a comprehensive program for achieving personal and organizational excellence by developing an awareness of how perceptions and assumptions hinder success. Provides guidance in how to find one's "unique personal significance," inspire others, and create a workplace where people feel engaged

"The True Cost is a groundbreaking new documentary film that pulls back the curtain on an unseen part of our world and asks us each to consider, who pays the price for our clothing? This unprecedented project invites us all on an eye opening journey around the world and into the lives of the many people and places behind our clothes"

An unprecedented global examination of endangered honeybees spanning from California to Switzerland, China and Australia. With all the hallmarks of a great nature documentary, the film employs the latest in cinematic technology to observe phenomena undetectable by normal eyesight, beautifully portraying the dramatic story of the disappearance of millions of bees in the last decade.

This Changes Everything is an epic attempt to re-imagine the vast challenge of climate change. Inspired by Naomi Klein's international non-fiction bestseller This Changes Everything, the film presents seven powerful portraits of communities on the front lines, from Montana's Powder River Basin to the Alberta Tar Sands, from the coast of South India to Beijing and beyond.

Billion-dollar lessons : what you can learn from the most inexcusable business failures

Finance for starting a business

International branding in the 21st century

A production of WTTW National Productions 2004

What it really takes to be a world class company

Before the Flood presents a riveting account of the dramatic changes ocurring around the world due to climate change, as well as the actions we as individuals and as a society can take to prevent catastrophic disruption of life on our planet

How might your life be better with less? Minimalism examines the many flavors of minimalism by taking the audience inside the lives of minimalists from all walks of life--families, entrepreneurs, architects, artists, journalists, scientists, and even a former Wall Street broker--all of whom are striving to live a meaningful life with less.

The billionaire inside : Donald Trump 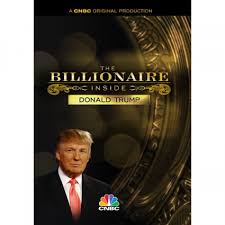 The cultural environment of international business

How Wall Street works : the NBR guide to investing in the financial markets 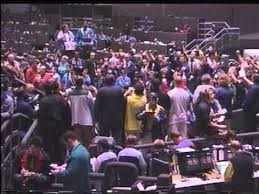 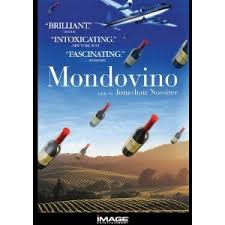 A film by Jonathan Nossiter 2005

Using the leopard as metaphor, this DVD shows the importance of planning in a business. Among the good planning practices discussed are goals, objectives, resources and performance management

VEA's marketing has long been a trend-setter in the industry, with a good marketing plan derived from the company's overall vision and plans, an excellent marketing mix which changes to meet changing circumstances, innovative market research techniques, and competent staff to put plans into practice