This title illustrates the revival of hard-hitting investigative reporting in South Africa and highlights the important role it is playing. These exposes range from government corruption, through white collar crime, to environmental and social issues, written by the country's leading reporters.

The Eastern Cape city of Port Elizabeth is home to a group of dynamic young artists dedicated to the upliftment of their community through cultural activism. The film explores the collective identity of these activists through their ideologies and diverse initiatives.

Shot illegally in the Republic of South Africa, this documentary exposes the oppression of Blacks and other people designated as colored under apartheid rule in South Africa

Set in the townships of Soweto and Hillbrow, this film tells the story of ordinary South Africans caught in the middle of violent events in a society that is rapidly changing.

His big white self revisited

The leader, his driver and the driver's wife, made in 1991, is a documentary about the neo-Nazi society AWB (Afrikaner-Weerstandsbeweging), a white supremacist movement that existed in South Africa just before the end of apartheid.

"Set in the turbulent 1960s Apartheid South Africa, Black Butterflies is based on the story of one of the country's most revered poets, Ingrid Jonker"

Let's talk about it examines the attitudes of young people in Cape Town towards HIV and AIDS and the challenges they face in practicing safer sex.

His big white self revisited

Oberlin-Inanda : the life and times of John L. Dube

"Features the life and work of John Langalibalele Dube (1871-1946) pioneer educator, journalist, musician, churchman and politician who co-founded the African National Congress in 1912 and served as its first President until 1917.

When Xolani, a quiet, sensitive, closeted factory worker returns home to be a guide in his tribe's coming-of-age circumcision ritual in the mountains, one of the initiates discovers his secret relationship with another guide, putting both of them at risk.

Kalushi : revolution is an act of love

Written and directed by Steven Silver

Written and directed by Ashley Lazarus

Nelson Mandela : from freedom to history

Three documentaries tracing the life and times of Nelson Mandela 2010

Just after the death of her newly born sister, Chanda, 12-years old, learns of a rumour that spreads like wildfire through her dust-ridden village near Johannesburg. It destroys her family and forces her mother to flee. Sensing that the gossip stems from prejudice and superstition, Chanda leaves home and school in search of her mother and the truth

Filmed over four years, this DVD shows the literacy development of three young children as their parents read to them and engage them in literacy practices in the first few years of their lives.

Documentary film that explores the art, culture, traditions and history of the Ndebele people of South Africa

A black comedy about a man working in the advertising industry who can't seem to get ahead because of his lack of inventiveness and creativity, until he discovers cocaine, thus beginning both his rise to the top, and his subsequent fall

I Mike what I like : let loose the word

"Kgafela oa Magogodi's i MIKE what i LIKE, the world's first spoken word film, is a riveting tour de force of visual poetry ... [The film] is based on the stage play of the same title"

Between Joyce and remembrance

Tells the story of one family, the Mtimkulu family, stretching back over two decades. Through the unfolding of personal narratives, this film raises far reaching questions about the nature of truth, forgiveness and reconciliation.

The death of Kevin Carter : casualty of the Bang Bang Club

A documentary on the life of Kevin Carter, a Pulitzer-prize-winning photojournalist who documented the political turmoil in South Africa and Sudan

The heart of whiteness

South African filmmaker Rehad Desai travels to Orania in the Northern Cape, to investigate what it means to be white in the new South Africa.

A study of the work of the South African Truth and Reconciliation Commission, as South Africans confront their apartheid past. Four cases demonstrate how the commission works, what faces the witnesses telling their stories, the defendants seeking amnesty, and the pain and anger experieced as they relive the past.

Solomon Plaatje : a man for our time

A documentary about the life of the journalist Solomon Plaatje, the first general secretary of the African National Congress.

Shot illegally in the Republic of South Africa, this documentary exposes the oppression of Blacks and other people designated as colored under apartheid rule in South Africa.

Produced and directed by Richard Attenborough 1987

The Power of One 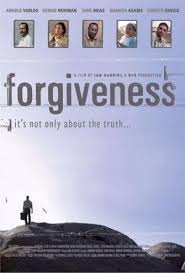 "Shoreline explores the nearly 2800 kilometers of the vastly diverse South African coastline - from the Orange River in the west to the lake system of Kosi Bay in the east. These shores are home to an astonishingly diverse variety of natural habitats, fauna, flora, histories, cultures and traditions"

This is the story of Nokuthula Simelane, a 23 year old student who was unofficially held captive and then disappeared in 1983. Her fate remains locked in diffusing memories and suspicions, admissions and denials, woven through with the thread of betrayal.

Imam and I : murder, myth and memory do not the Imam make

"Londoner [Khalid] Shamis, son of a Libyan father and South African mother, finds little help in his search for identity. He returns to Cape Town on the trail of his famous grandfather, the influential 1960s Imam Abdullah Haron, and finds a mixed bag of prolonged cultural and political infighting.

Set in a South African township, this is the story of a middle-aged teacher who has fallen into a life of drunkenness and lechery. He commits an act which destroys his family and devastates his community and from which he must try to redeem himself

A study of the work of the South African Truth and Reconciliation Commission, as South Africans confront their apartheid past. Four cases demonstrate how the commission works, what faces the witnesses telling their stories, the defendants seeking amnesty, and the pain and anger experieced as they relive the past.

Deliwe, Portia and Max discover and invent new ways to improve the fabulous food garden they care for at their school. Inspired teacher JJ, challenges and stimulates them towards a greater understanding of their environment. Learn how all the resources within an environment can be linked together in relationships that can sustain food gardens naturally.

Bushman's secret : one cactus stands between hope and hunger