The library at the South African Institute for Aquatic Biodiversity contributes to research and teaching in the aquatic sciences through heritage collections and a global web of data. Resources and services are shared with Rhodes University Library

About the Rare Book Collection

These were collected by JLB and Margaret Smith, from the 1940s onwards, with many books having been donated to them by prominent ichthyologists over the years.

Traditionally, this special collection has always been referred to as the "Rare Books". While certainly some are 'rare', the value to researchers often lies in the marginalia, sketches and other annotations in these books, several of which were working copies.

There is a wide geographic coverage. Many of the books have outstanding colour plates and scientific line drawings. 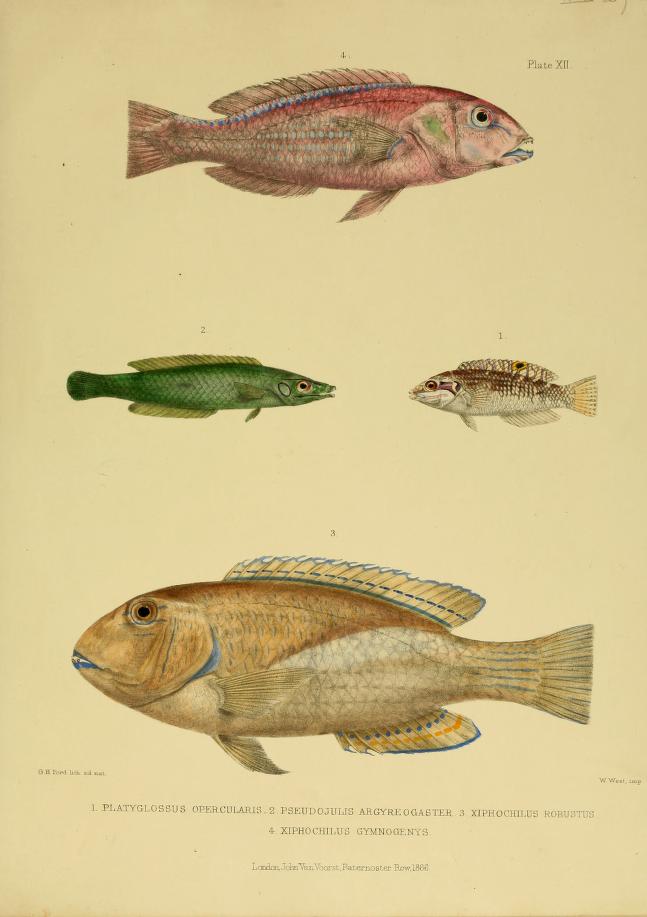 Like many other medical professionals of the 18th Century, Bloch developed a passion for natural history, focusing on ichthyology. Over 20 years, he collected approximately 1500 specimens of fish including many new, previously unnamed species, both from Germany and abroad.

The collection has survived, almost intact, at the Museum für Naturkunde at Humboldt University in Berlin.

His Allgemeine Naturgeschichte der Fische with 432 excellent copper etching plates of fish, was published in Berlin in 12 volumes, 1781-1795. This was the most important work on ichthyology in the 18th century, with illustrations by a number of leading artists and engravers. 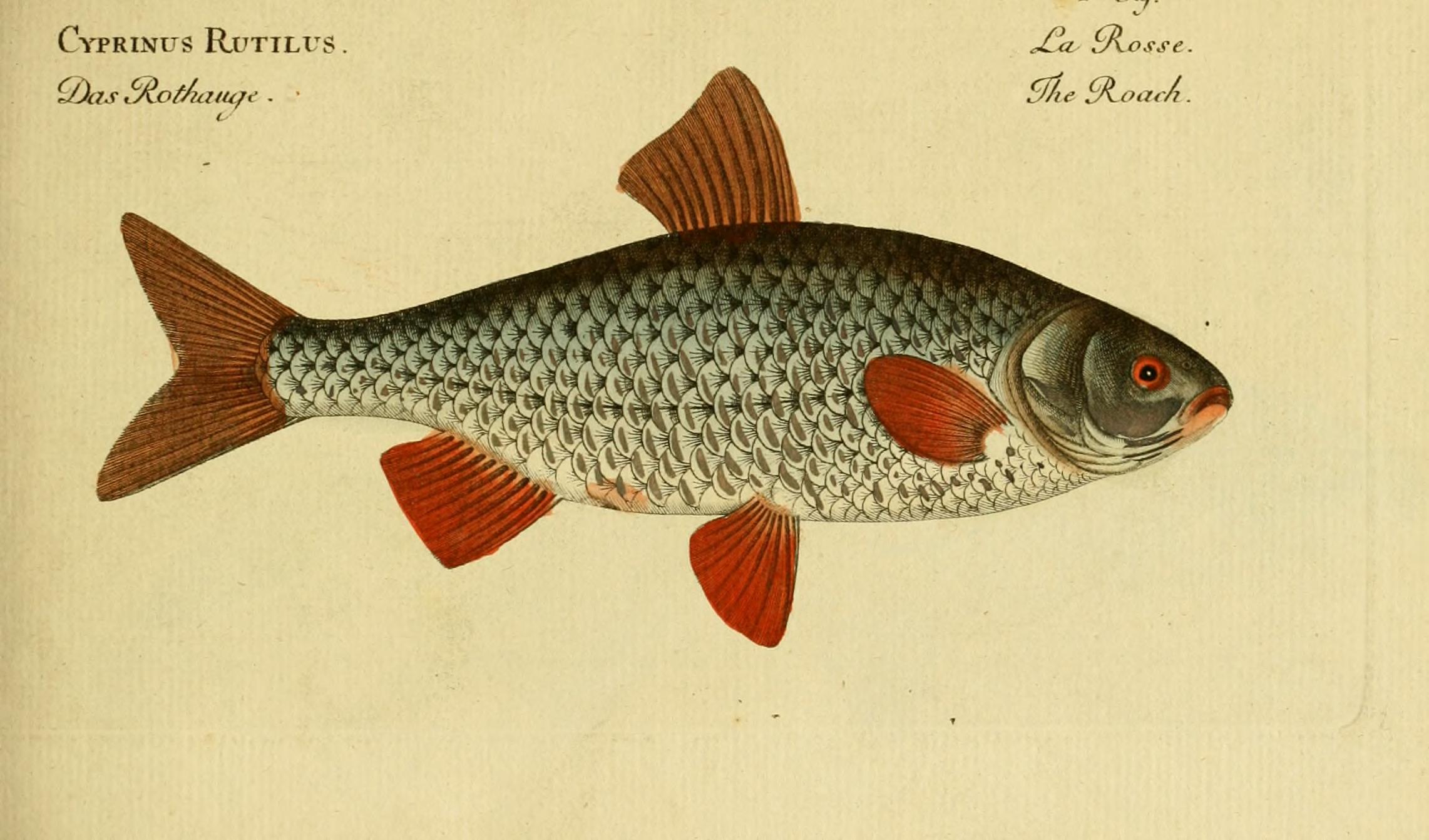 The Roach [Click here for enlargement from the Biodiversity Heritage Library]